Whether it’s to communicate a deeper message or simply for aesthetic value, public art plays an important role in communities. Public art provides accessibility to masterpieces and the ability to reach the masses in a way that private collections fall short. In addition, they boast the unique opportunity to take into account the nuances of their environment and send specific messages to the members of the communities they reside in Luckily, southern California has no shortage of murals, installations, mosaics and more so we’ve compiled a list of our local must-sees: 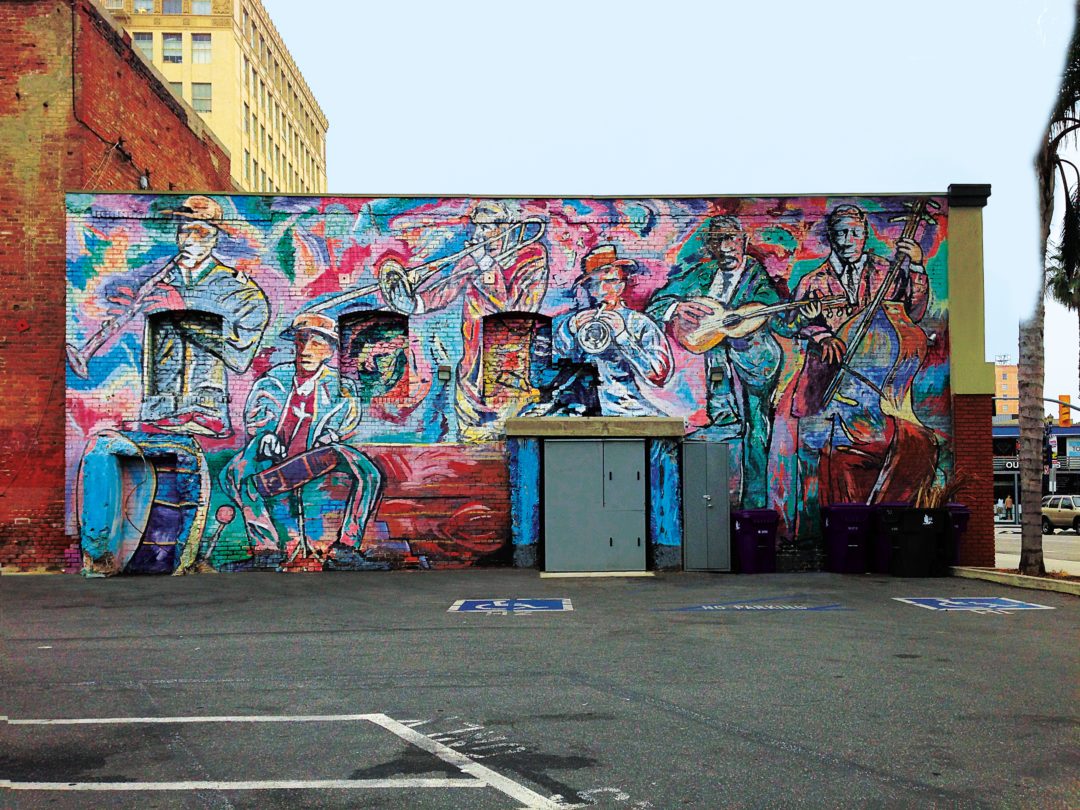 If you’re in the market for a colorful masterpiece with historic overtones—look no further. Located on the exterior of a fitness club, “Eagle Band Jazz Mural” is a vibrant work of art that pays homage to Eagle Band, one of the earliest known jazz bands. This whimsical showcase of instruments, colors and musical talent creates the perfect visual representation of one of New Orleans’ most popular jazz groups. What was once intended to be a temporary work of art, “Eagle Band Jazz Mural” became such a beloved part of the city of Long Beach, CA that it has stayed in place for the past two decades. 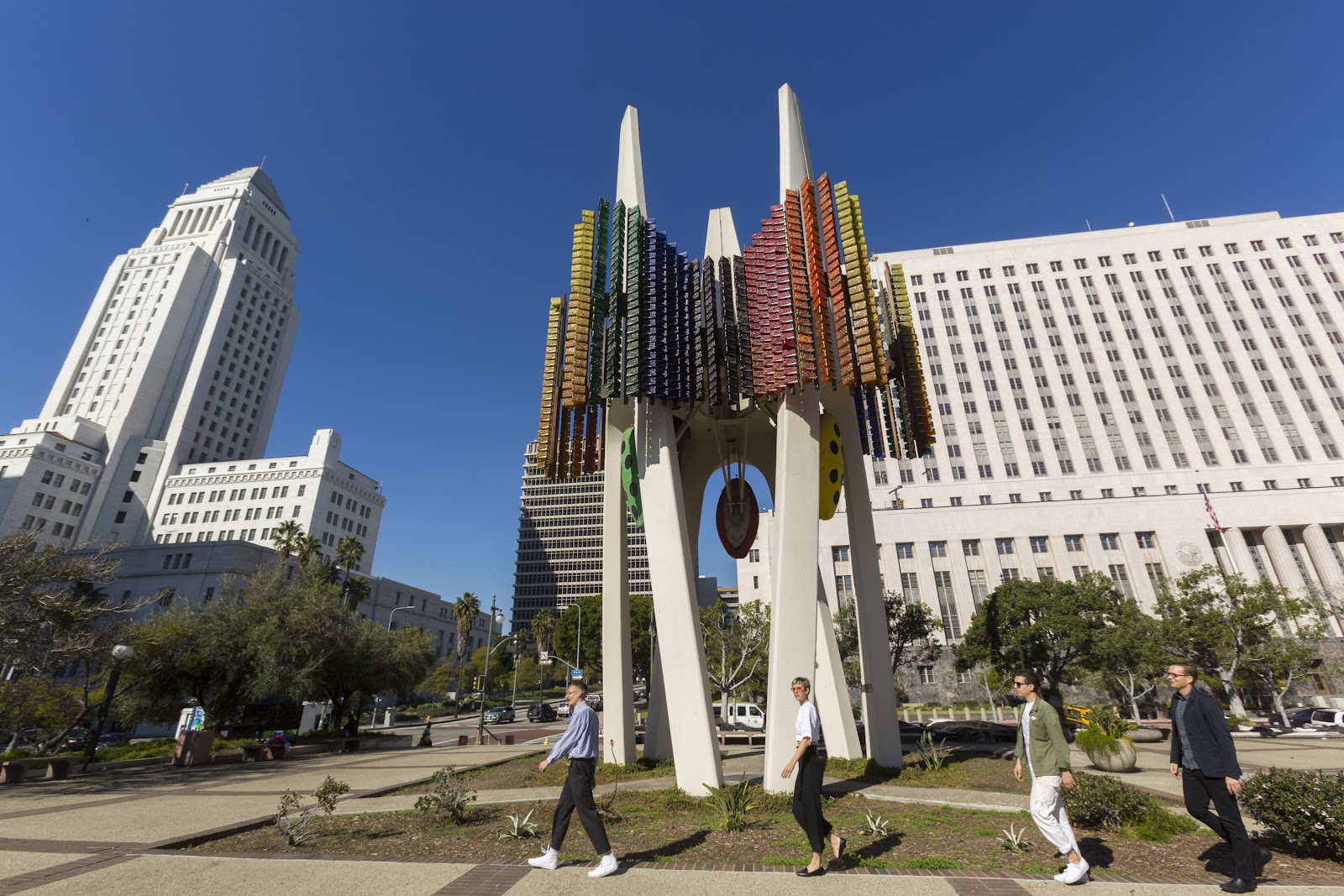 When you find yourself on your next Downtown L.A. stroll, be sure to set your Google Maps to Fletcher Bowron Square, home of the “Triforium” sculpture. Towering a whopping 60-feet high, “Triforium” quickly became a controversial yet undeniably iconic Los Angeles landmark after it’s debut in 1975. This concrete structure is said to pay respect to the unfinished and kaleidoscopic nature of the city it resides in, and does so with constant upgrades. This includes lighting effects and most recently the accompaniment of live musical performances resulting in The Triforium Project.

“We Are Not a Minority” by Mario Torero 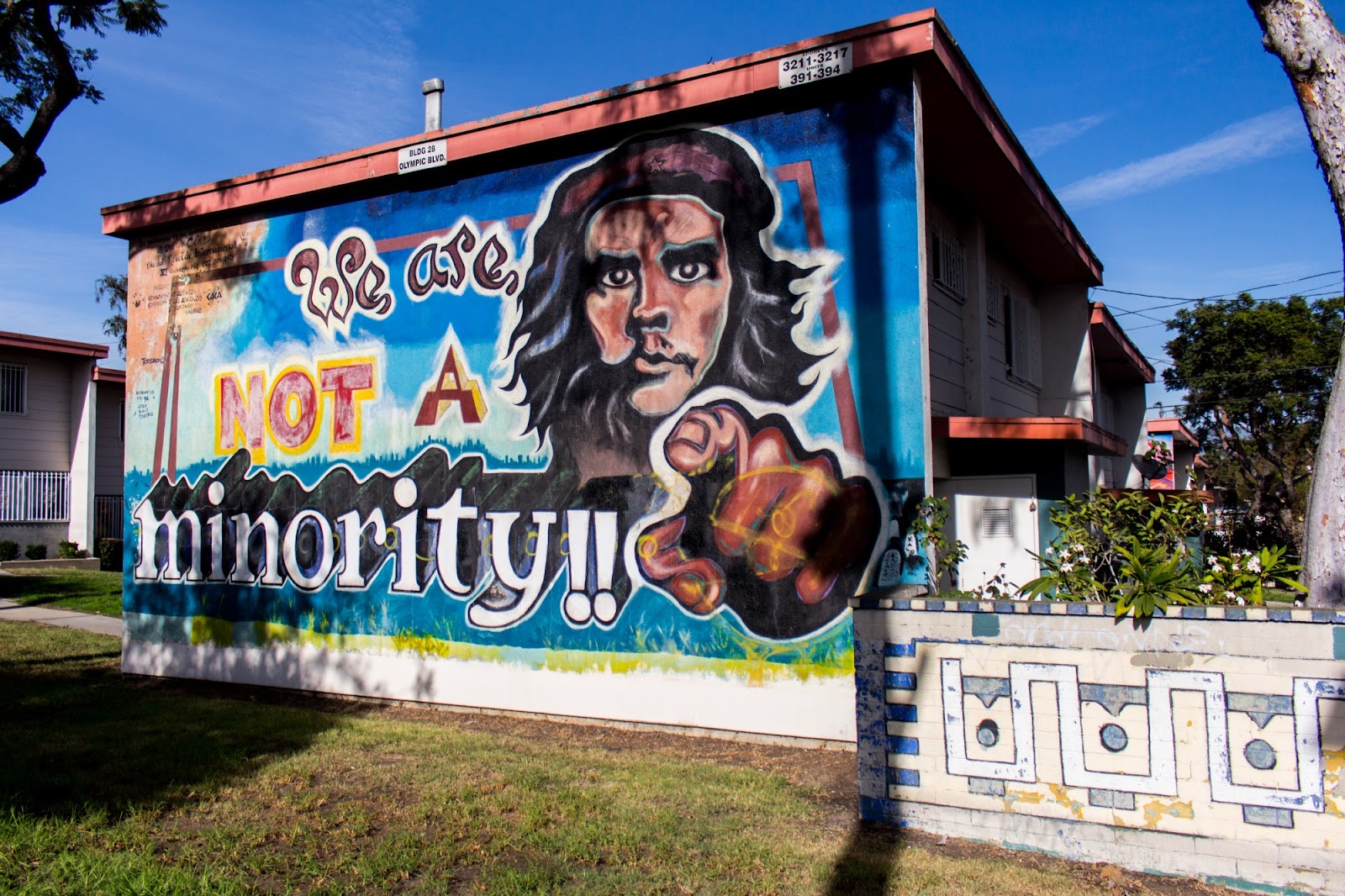 One of the most powerful aspects of art is its innate ability to convey critical topics to the masses. “We Are Not a Minority” is a form of activism art that communicates that so-called minorities are oftentimes not in fact minorities within their own communities, which ultimately erases the true reality of these marginalized groups. This piece depicts revolutionary Che Guevara alongside his famous quote, altered from “you are not a minority” to “we are not a minority” to better represent its location in the predominantly Latinx community of Baldwin Park.

“The Dream of Simultaneous Connection” by Ned Smythe 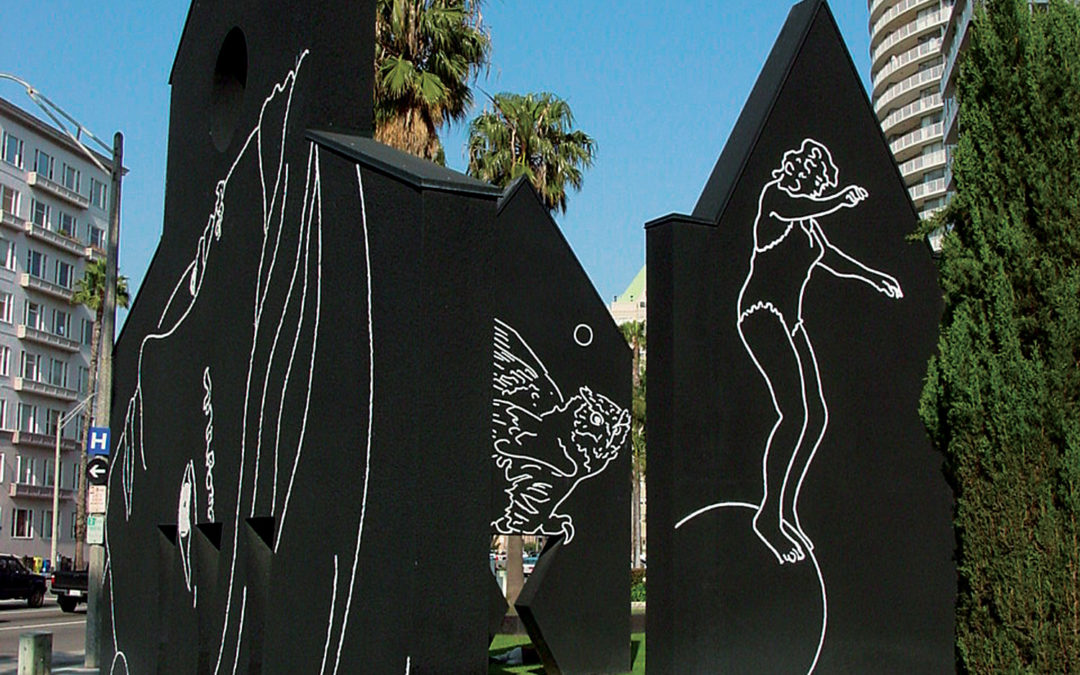 True to its name, “The Dream of Simultaneous Connection” is a fanciful sculpture that boasts an obvious goal to embrace its surroundings. This piece is nestled in the heart of Long Beach, and creates the perfect interplay between environment and art. At first glance, viewers are greeted with dreamy visualizations of faces, astronauts, owls and other whimsical symbols that are sure to make any onlooker ponder. And if you’re not sold yet, the four pillars that make up this structure allow audiences to walk in and around the art so they can fully immerse themselves in this visually stunning display.

“The Pope of Broadway” by Eloy Torrez 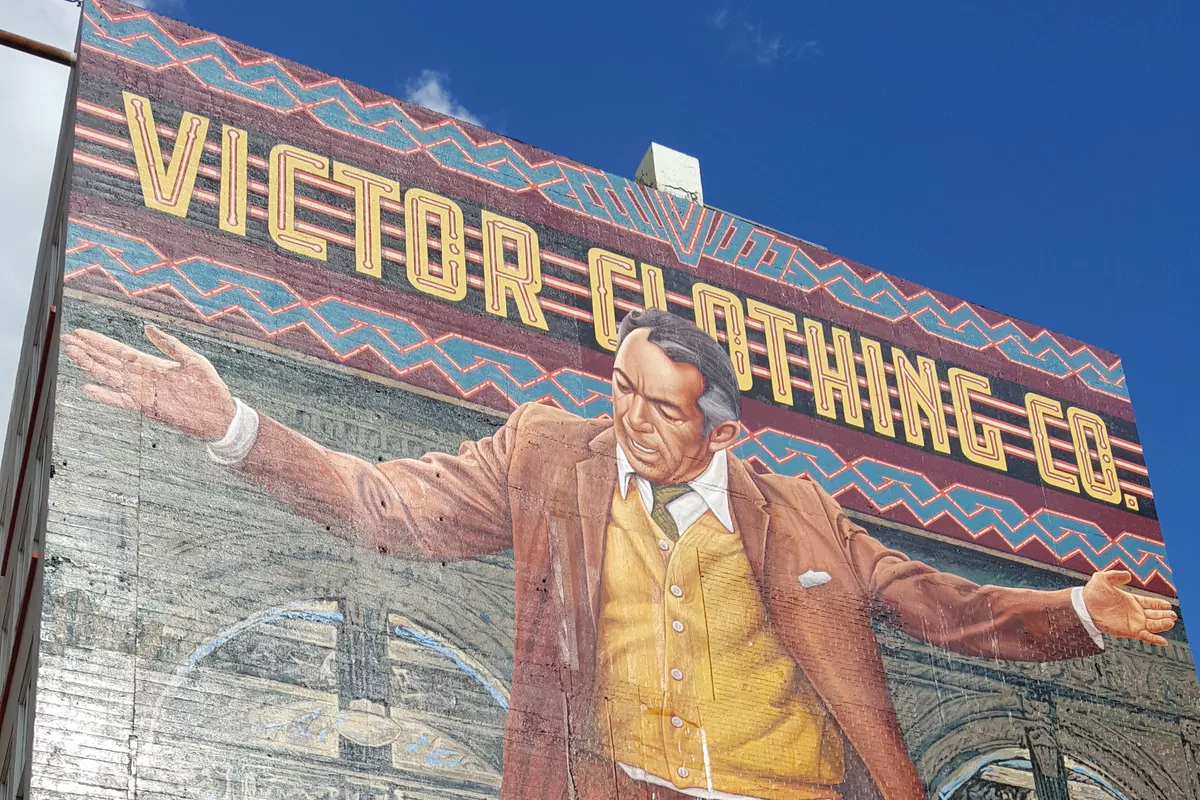 The very nature of public art creates an accessible platform for masterpieces to become living members of the communities they exist in. “The Pope of Broadway” mural is a perfect example of this feat, standing 75-feet tall and bright and beautiful as ever due to a recent $150,000 restoration project. Depicting actor Anthony Quinn, “The Pope of Broadway” is an ode to the rich role that the Latinx community played to revitalizing Broadway in the ’70s and ’80s. Today, “The Pope of Broadway” continues to inspire Angelenos, living proudly on the side of Victor Clothing Company in Los Angeles.