Coachella, HARD Summer and FYF have arguably become some of the most popular festivals in Southern California. But did you know that the west coast is full of lesser-known festivals that are just as likely to give you memorable, life-changing experiences? Check out our west coast festival rundown and see for yourself:

Lightning in a Bottle 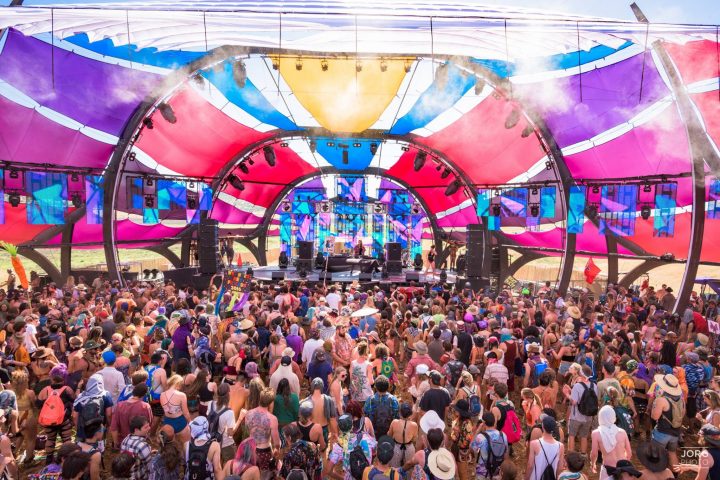 From the masterminds that bring you The Do LaB stage at Coachella, is their even larger arts and music festival nestled next to Lake San Antonio in Bradly, California, which takes place every year during Memorial Day weekend. Past headliners have included Moby, Little Dragon, Phantogram and Bassnectar, but it’s not just the music that keeps festival-goers flocking back. The weekend is also jam-packed with unforgettable art experiences, workshops and activities that make it easy to unplug for the weekend. Whether you take a dip in the lake, partake in some relaxing meditations, get lost in their larger than life art installations or dance the night away, your first Lightning in a Bottle experience is guaranteed to be a weekend you’ll never forget. 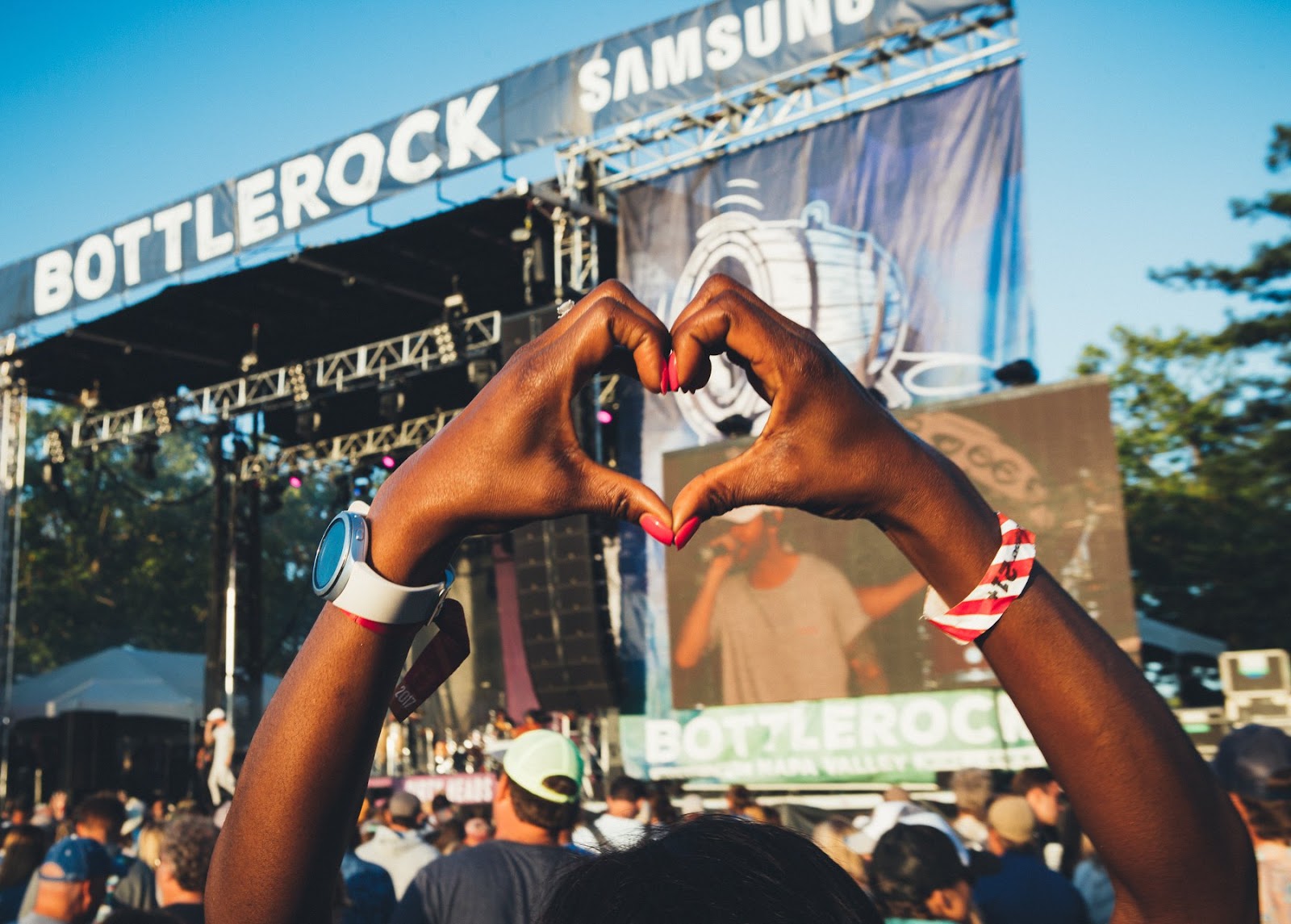 If delicious food, wine and music is more your style, then the BottleRock Napa Valley festival has your name all over it. With more than 80 bands and big names like Bruno Mars, The Killers and Muse playing this year, it’s not hard to see why the festival has been bringing in the crowds since 2013. What really makes this festival stand out from others on the list is their William-Sonoma culinary stage that has hosted celebrity chefs such as Martha Stewart, Roy Choi and Duff Goldman. So not only do you get a weekend filled with top-tier food and drinks, but you also get to jam out with big, heavy-hitting musical acts. 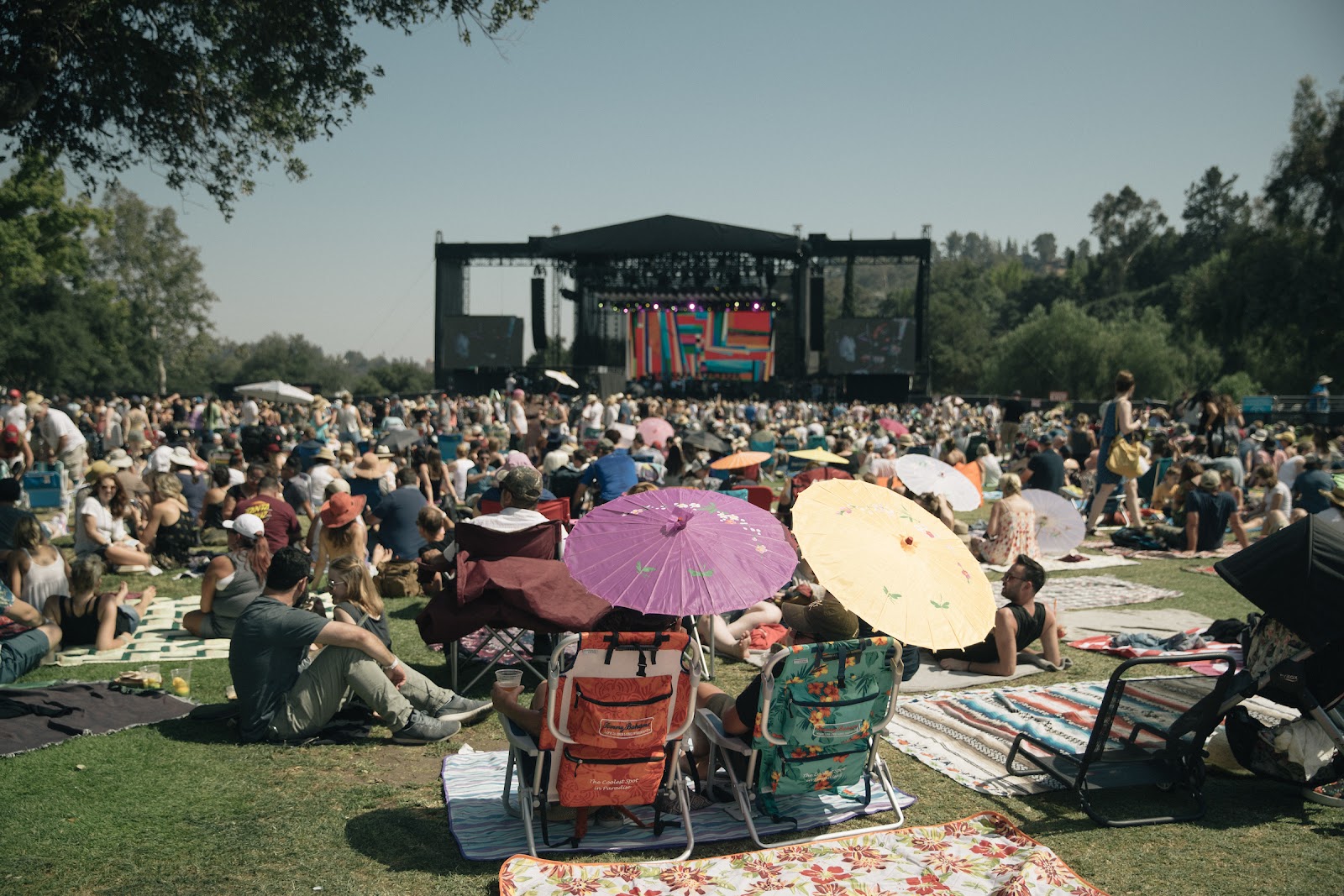 Looking for a mellow, low-key rock festival that isn’t too far from Cal Poly Pomona? Arroyo Seco Weekend at the Rose Bowl in Pasadena is where it’s at. Bring your lawn chairs and picnic blankets, because this festival doesn’t require you to stand all day long. Here you’ll be able to munch on mouth-watering dishes from award-winning restaurants in Los Angeles, sip on craft beers and wines, all while listening to musical acts like Neil Young, Jack White, Kings of Leon and Alanis Morissette without having to compromise your own personal space. And if you have no idea who some of these musical acts are, maybe it’s time to expand your musical horizons because you never know who you might end up getting hooked on. 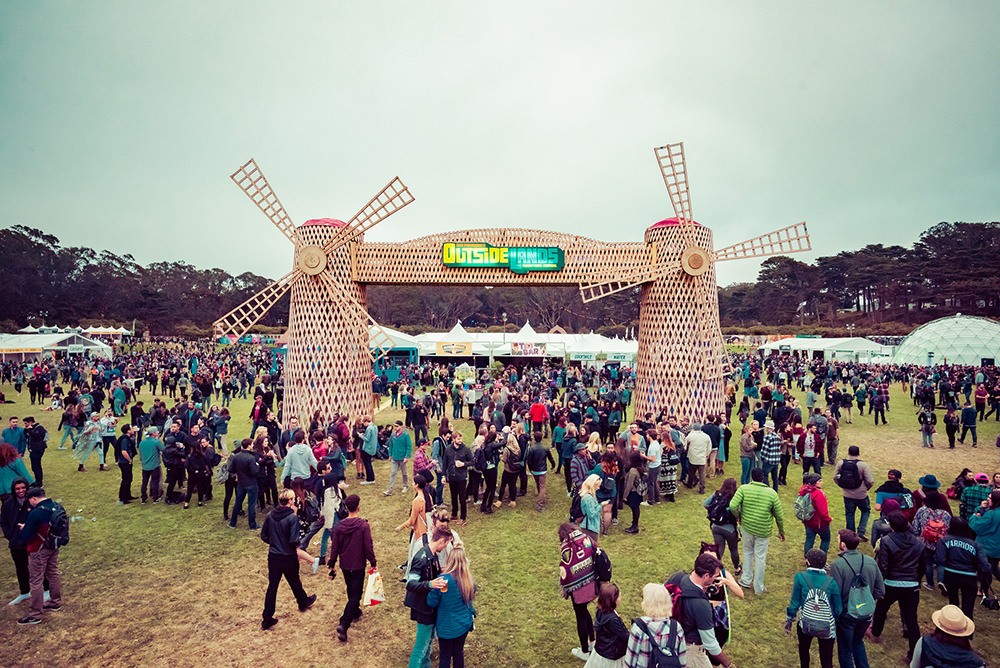 If you haven’t made the trek up to San Francisco’s Golden Gate Park for their annual festival, it’s time you venture out to the Bay Area. Golden Gate Park is surrounded by miles of greenery that will make you forget you’re near a major city. And since the festival takes place in August, the cooler Bay Area weather tends to be a nice break from the record-breaking heat in Southern California. This year’s headliners include The Weeknd, Florence and the Machine and none other than Janet Jackson. Outside Lands is known for hosting an eclectic mix of artists, so regardless of your musical taste, you’re bound to find someone in the lineup that gets you moving. 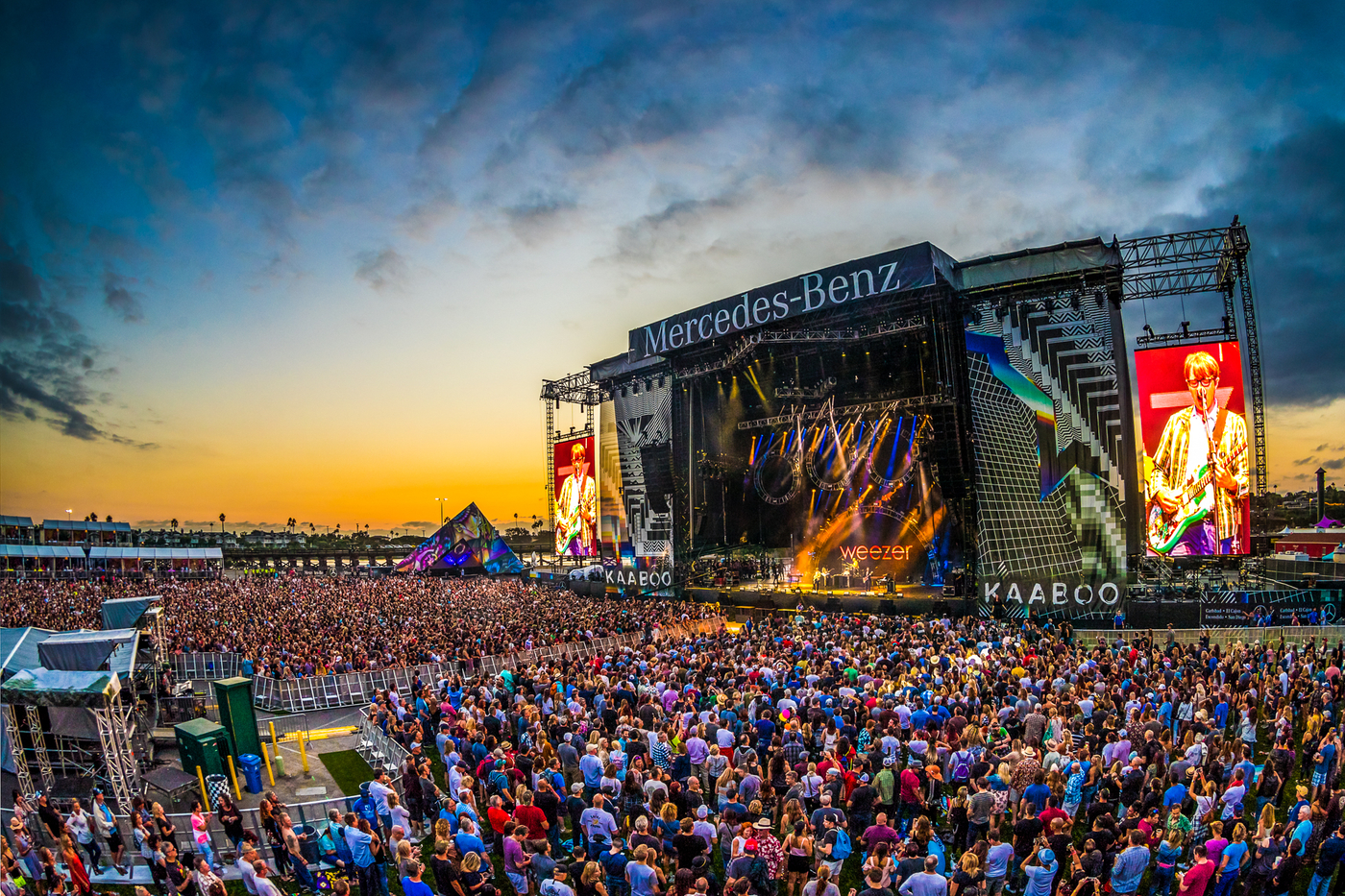 Does live music with a beach sunset sound like something you need in your life? Then Kaaboo is the festival that has your name written all over it. Here, you’ll not only be able to indulge in a weekend full of music, art, comedy and cuisine, but you’ll also have the sunny Del Mar beach as your festival backdrop. The lineup this year is a little bit all over the place, but that’s what makes it stand out. You can jam out to “Everlong” with the Foo Fighters, feel like a plastic bag with Katy Perry or say “Congratulations” to Post Malone, all while enjoying the beach breeze. Sounds like a good time, right? If it does, then treat yourself and get your hands on that Kaaboo ticket as soon as possible. 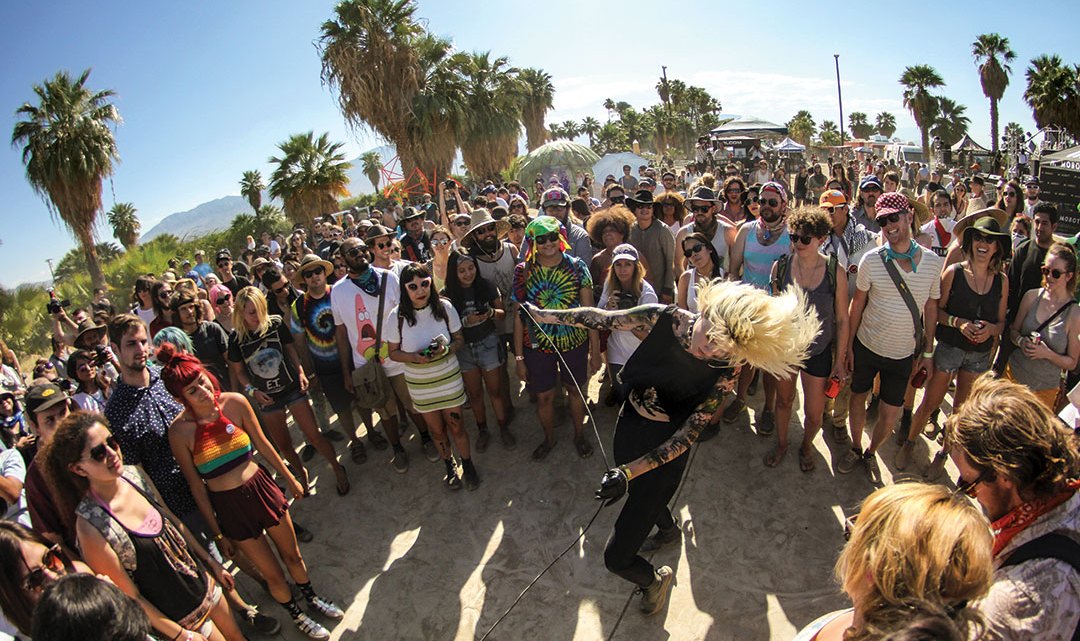 Established in 2012, this three-day festival is a weekend full of camping, art installations and of course, plenty of grunge and grime. So, fair warning that this isn’t going to be your glitz and glam Coachella crowd. But don’t let that scare you away, because Desert Daze is known for creating unforgettable experiences for festival-goers by creating a space that stimulates all your senses. Tame Impala, Death Grips, Mercury Rev and Warpaint are all set to headline at this psychedelic oasis, so be ready to unwind and let loose. Although the festival venue switched from the usual Joshua Tree location and will now be held at Lake Perris, you can click here to see a recap video of last year’s shenanigans to get a better understanding of what to expect.